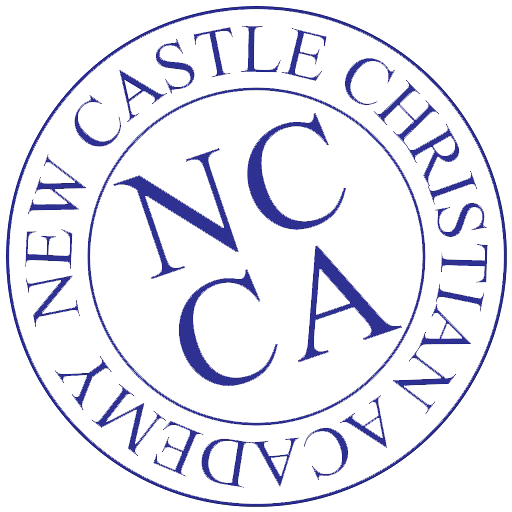 Call To Inquire About Our School

New Castle Christian Academy is an interdenominational Christian School for children in grades Pre-K through 8.

The academy is a unique Christian school in that it is not sponsored by any one church or denomination, but rather is an independent Christian School founded by the Greater New Castle Ministerial Fellowship (GNCMF).

New Castle Christian Academy’s existence is the result of the Ministerial Fellowship’s response to a public outcry.  A prolonged teachers’ strike in the public school system, left students without classroom instruction for several months.  Parents, concerned their children would fall behind, called upon the community to establish a program where students could continue learning in an atmosphere of Christian values and love.

On October 10, 1990, the GNCMF responded to this plea with a program that the media named, “The Alternative Education Program.”  This program was conducted daily at the McGill Presbyterian Community Center from 9am to Noon. It was funded in part by a grant from the Caroline Knox Foundation.

Rev. Dennis Davenport, president of the GNCMF and minister of First Presbyterian Church, and Dr. Henrik Bossers, minister of the Third Presbyterian Church, were responsible for finding and assigning a staff of over 25 volunteers to begin the program.  Rev. John Sloat, minister of Northminster Presbyterian Church and member of the McGill Center Board, worked with the program administrator, Mrs. Amy DeCesare, to ensure the program ran smoothly.  Two hundred students enrolled for the daily class instruction.  After 37 days, striking public school teachers went back to work and the Alternative Education Program ended.  Parents and children had been so impressed with the atmosphere and learning, they approached the GNCMF and asked if the program could continue as a fully accredited school.

After much prayer, research, and work, it was decided that there was a need and support for a Christian School. The task force began interviewing and selecting a staff, arranging finances, setting tuition, securing a location, contacting the media, meeting with the community, securing furnishings and supplies, and readying the McGill Center for classes.

On September 3, 1991, a dedication service was held for New Castle Christian Academy, and the school opened with 62 students.

For over 25 years, New Castle Christian Academy has faithfully proclaimed the good news of Jesus Christ through excellent academic, artistic and athletic instruction.  With a current student population of over 170, NCCA has grown to include a 3 & 4 year old pre-k and transitional kindergarten program.

NCCA introduces students to the basic concepts of faith found in Christianity. We believe in a solid exceptional academic program built on the foundation of Christ!